Azaleas are a diverse species of shrub with characteristics that can differ from cultivar to cultivar. Here’s a brief rundown of these garden staples!

For the most part, azaleas are spring blooming evergreens that do best in full to partial shade and enjoy acidic soil. Deciduous varieties do exist but can be harder to find due to their lower popularity as they tend to bloom earlier in the spring.

Azaleas can vary widely in height, with some varieties reaching heights of 15 feet or more and other varieties only growing 1-2 feet tall. Average height tends to be around 4-6 feet at maturity.

Encore Azaleas are a more recent addition to the azalea family, making their debut in the 1980’s. These, along with other reblooming azaleas, are known and loved for their ability to bloom multiple times during the year. On average, reblooming azaleas will bloom 3-4 times during a single year, depending on the weather and temperatures. These newer azaleas also handle, and prefer, more sun than their traditional counterparts. 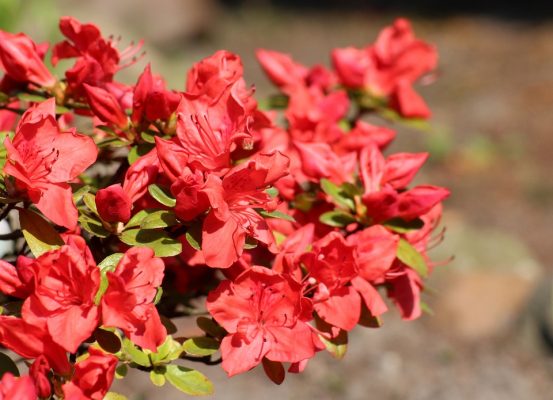 Fertilizing – The best times to fertilize azaleas is in spring and again in early fall, preferably with an acidic fertilizer like Holly-Tone.

Pruning – It’s best to prune your azalea back after it has finished blooming for the year as many set their buds for next year on “old wood” (branches that are at least a year old) and pruning too late can remove those buds, decreasing the amount of flowers produced when it blooms again. 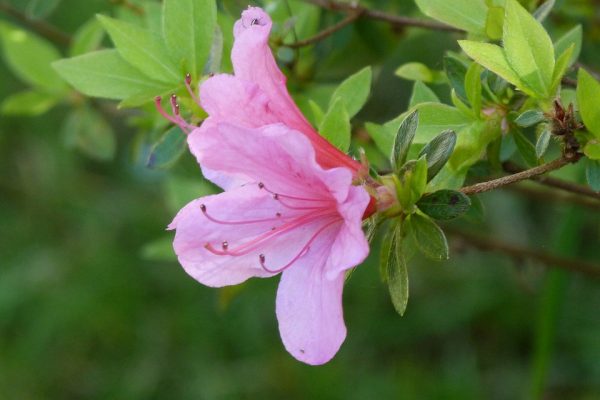 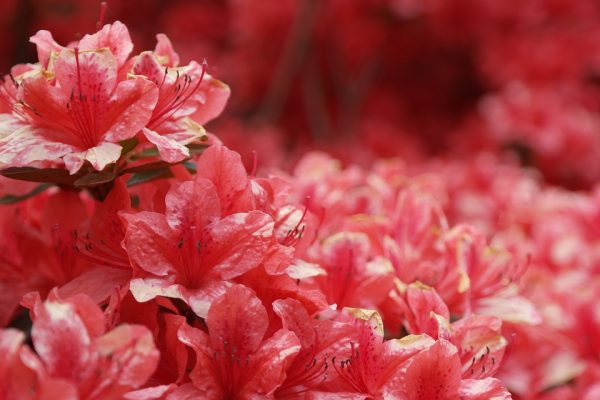